At the rebuilder level, powdered metal components require new procedures, and possibly new equipment. Dealing with powdered metal is more different than difficult, but getting a handle on the differences can be frustrating.

Until more information is readily available, learning how to work with powdered metal will be a do-it-yourself project for most rebuilders.

Read the rest of the article › 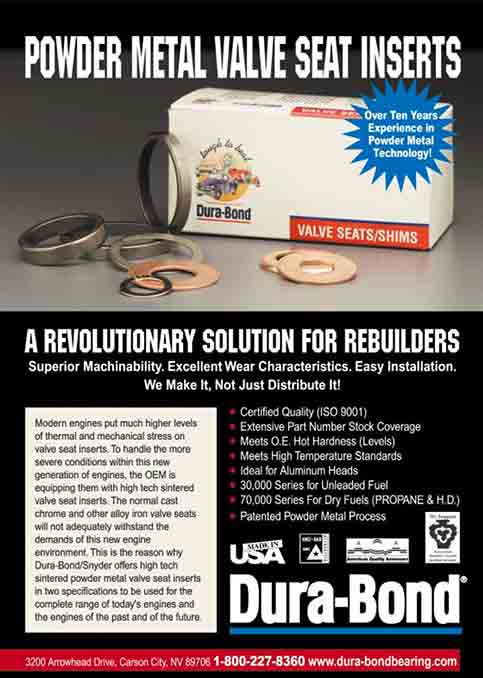